The Day trip is basically a Idea to rejuvenate your photography and yourself with 2D1N  long trip which is full of information , Photography and gossips .

The Trip will give an opportunity to click places which are in close proximity to Delhi but they are worth Visiting . 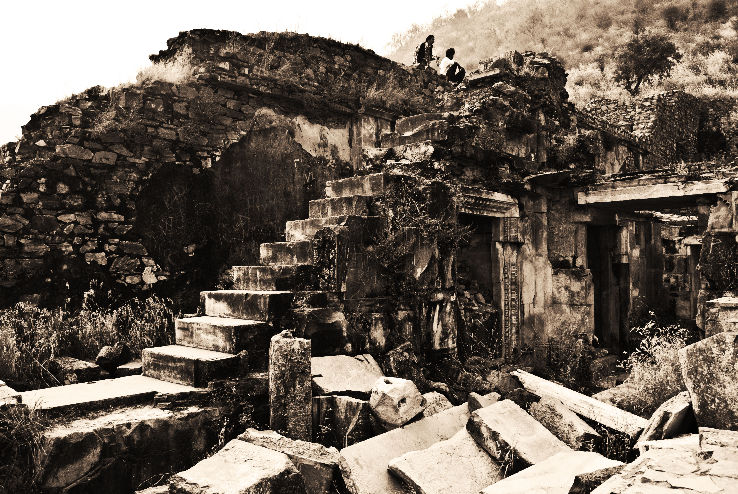 Bhangarh fort is located in the ruined city of the same name, somewhere between Jaipur and Alwar, in Rajasthan. The place is so haunted by paranormal activities that even the Archaeological Survey of India has put up a board that restricts people from visiting the fort area before sunrise and after sunset. Legend has it that a tantric named Singhiya fell in love with a princess from the fort. He tried to use black magic to get her to fall in love with him, but it backfired and he died. Just before his death, he cursed the fort saying all who lived within it would die.

Today, villagers who live in the area continue to build roofless dwellings because everytime they do build a roof, it inexplicably collapses. People have also mysteriously gone missing after-hours inside the fort. It’s an hour and a half by road from Jaipur on the Jaipur-Alwar road.

Located in Rajasthan , Alwar’s history dates back to 1500 BC. Located around 160 km south of Delhi , the capital of Rajasthan. A Rajput state for a long time, Alwar eventually fell to the Delhi Sultans in the 12th and 13th centuries. In 1771 AD Maharaja Pratap Singh, a Kachwaha Rajput belonging to the clan of Jaipur’s rulers, won Alwar back and founded a state of his own.

Known earlier as Mewat, Alwar gained reputation as a remarkable seat of art and culture under the patronage of Maharaja Pratap Singh. In the 18th century, Pratap Singh evicted the rulers of Jaipur to the south and the Jats of Bharatpur to the east, and successfully resisted the invasion of Marathas. It was one of the first Rajput states to ally itself with the British Empire. Like all the princely states, this stronghold of the Rajputs also came under British rule and remained so until India gained independence.

Mode of travel: We will be travelling in AC TEMPO traveller together.

Gear: You can carry tripods and wide angle lenses for cameras. Any camera is good for this trip so long as it digital. For yourself, please carry comfortable shoes, take hats/caps, shades and sunscreen AND umbrella!

Does not include tickets for camera and equipment if any)