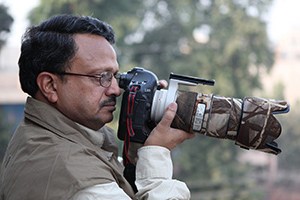 1. How you started your photography?

I had interest in photographs as i use to take out cutting of flowers and scenries from the News papers during my college days. But had no money to purchase even a  basic camera Click III . It was only after joining as a probationer in the Indian Customs and Central Excise Service , I purchased my first camera in 1983 .At that time photography was limited to travel to different places for enjoyment with family. With my posting to different cities the interest kept on changing. My posting to Raipur took a turn as started visiting the  Archaelogical  monuments as well as Wildlife Sanctuaries and National Parks of  State namely Chhatisgarh and Madhya Pradesh. From  the year 2004 it zeroed down to nature and wildlife. 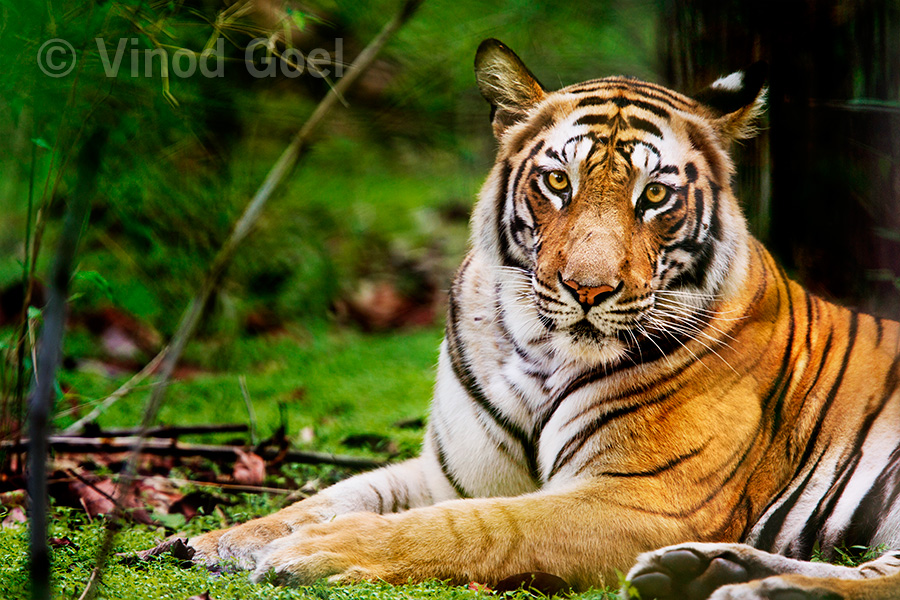 2. What is the role of new technology and medium in photography?

With the digital camera in my hands in 2004/05 the expenditure on the film role was over  and once the memory card was with you could take as many photographs depending upon the memory capacity of the card. Secondly you could review your images at the touch of the button. The life from uncertainity to certainity was over and one could relax as the result was with you in no time . At the same we also became habitual in capturing  undesirable data which was of no use till date. 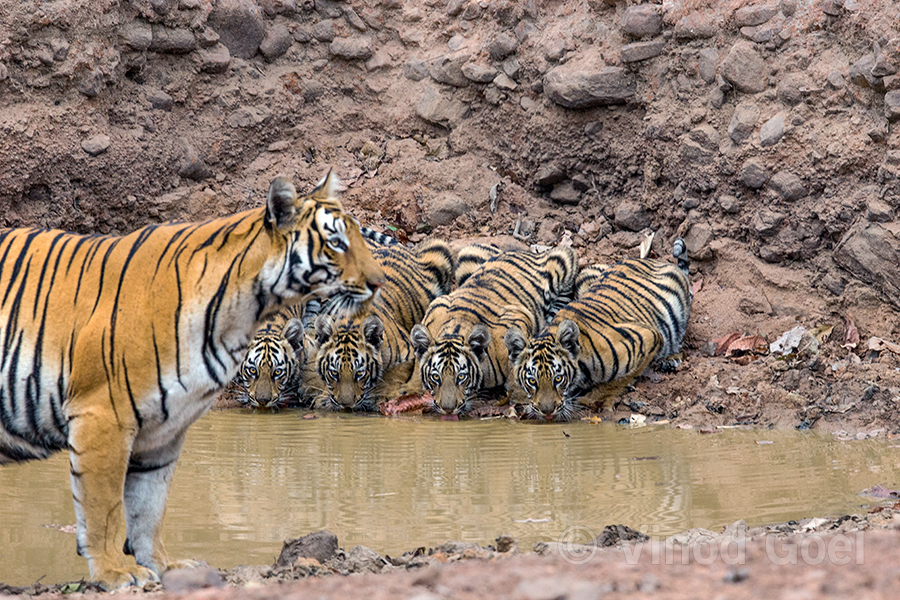 3. Anything specific that you want to share with people?

In wildlife, every photographer”s mind set is to capture  tiger at the top most priority. I don’t deny but please do not follow others. There are  so many  areas which has not been touched upon. Depending upon what you like to do and different from others  , choose your subject and work hard to realize your goal.I can only say that nature will not send you back empty. 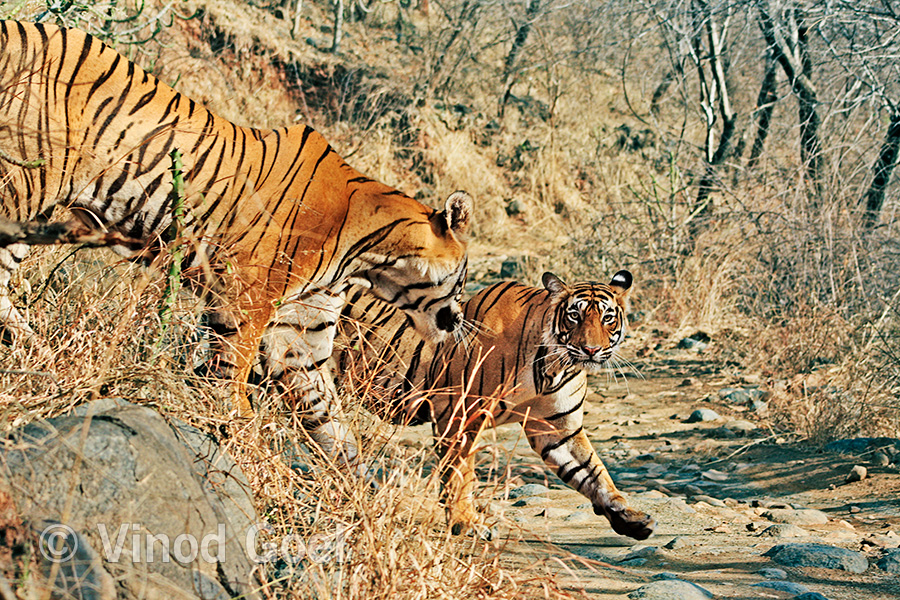 4. What gives you motivation to go out and click despite having busy schedule and on going conditions? 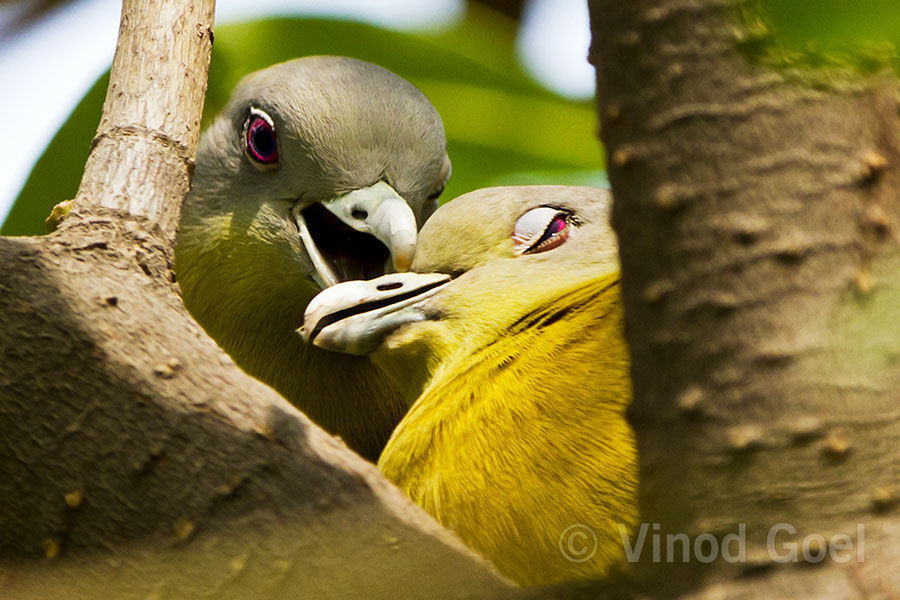 Profile as Writer and a Wildlife Photographer

From the tender age of 11 years, he left his home and parents for schooling in a hostel.  Later on as a Civil Servant his job took him to various parts of the country of India. His very first visit to Kanha National Park in Central India in April 2004 ignited the passion for wildlife and has not digressed from that. During the last 12 years he had been to more than 50 to 60 National parks and wildlife sanctuaries. Initially he visited the wildlife sanctuaries in the States of Chhattisgarh, Madhya Pradesh, and Uttarakhand. He had been to all the national parks of Madhya Pradesh, Rajasthan, Maharashtra, Uttar Pradesh, Uttarakhand, Bihar and West Bengal. Out of 48 tiger reserves in the country he has been to more than 20 tiger reserves and photographed tigers in 12 of them. Apart from tigers he has captured unbelievable moments in the wild.

He held his first solo exhibition “Tiger’s Realm; at The India International Centre New Delhi in Dec 2011.The second exhibition namely “Jewels of the Wild  was  held at India Habitat Centre  New Delhi along with his son ‘Bharat Goel’, now Director of  Wildnest Travel and photography Private Limited. In May 2012, Ministry of Environment and Forest invited duo of father and son to hold an exhibition during the world level conference on Global tiger recovery Program at New Delhi. In April 2016 Ministry of Forest, Environment and Climate change invited to hold a Photo Exhibition for the delegates of the 3rd Asian Ministerial Conference for tiger conservation at India Habitat Center, New Delhi

After superannuation, he is completely into wildlife. Through his articles and photographs he is trying to make people aware of the rich wildlife heritage of the country and exhorting them to protect the same for the benefit of future generations. He regularly loves to capture the most uncommon behavior of the common things and that too in our common life. Normally we intend to ignore the flora and fauna around us and it is his goal to spread the awareness in the neighborhood to make it a global movement supported by the people.

Send in your sample works at Virendra@delhiphotographyclub.com