During my posting as Commissioner of Central Excise & Customs at Raipur , capital of State of Chhatisgarh , in the initial years (from 2002 to 2008) ,there was no train on Sunday from Delhi which could take you to Raipur in the morning of Monday and you could attend office. The train was up to Nagpur and one had to travel by road to reach Raipur. During one such journey while I was crossing Sakoli ,a small town in the midway ,I observed a sign board giving information of the wildlife sanctuary at Nagzira. My driver had no knowledge about it. Even at Raipur no forester could any clue about Nagzira Wildlife destination. Then from an article in a wildlife magazine got some information about a tigress having cubs. My desire to see the sanctuary arose. 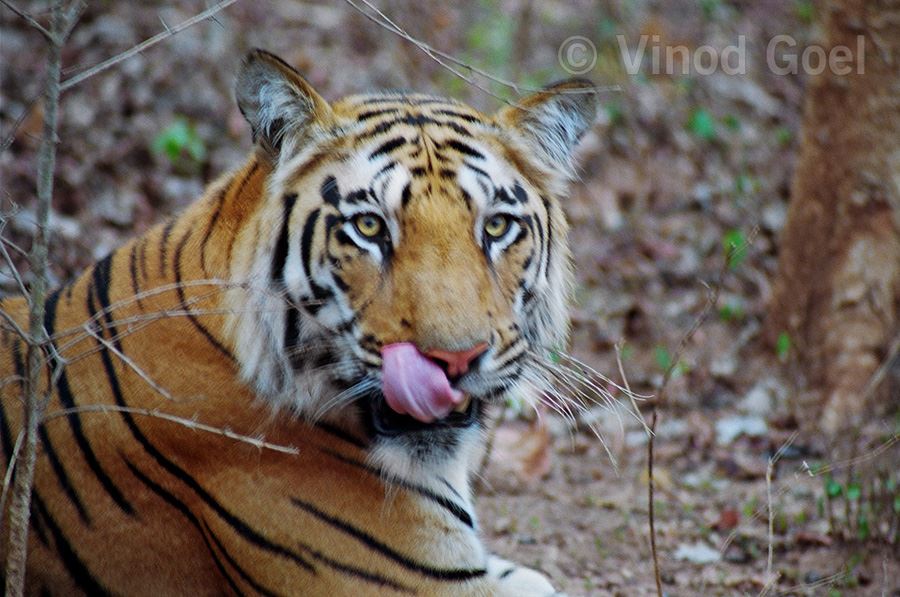 That was the reason for my first visit in May 2005 even after knowing about the inhospitable living conditions in the park. But in reality what I observed during those 4 safaris I have never seen till date. 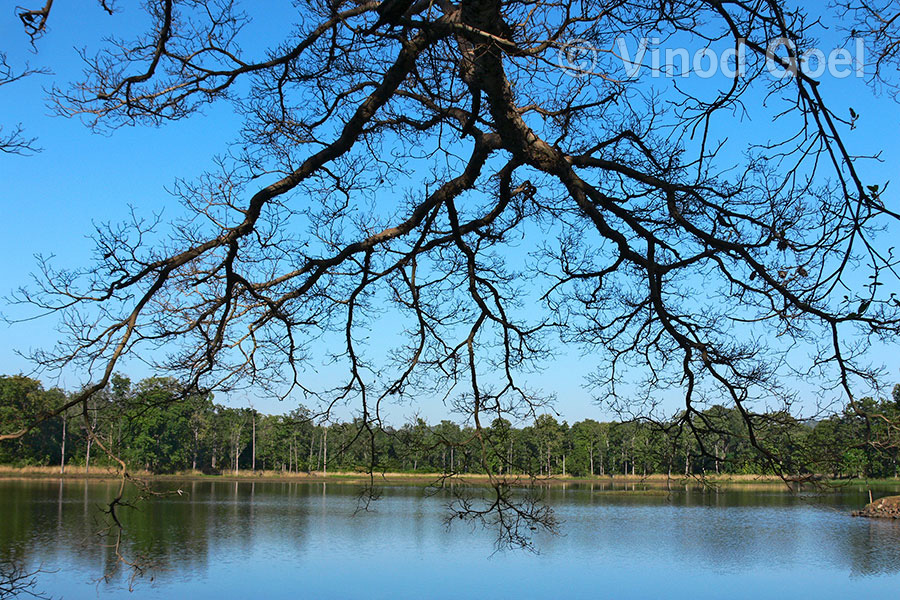 I was a regular visitor to Nagzira from the 2005 to March 2010. In the first week of March 2010 we were fortunate to observe a sloth bear climbing a tree for getting his sweet diet of honey comb. On the very same day we also observed a tigress with a cub very near to the prime Forest Guest House Nilay (on the banks of the lake) . This was my first sighting of a cub of 4 to 5 months with the tigress. How can I forget the biggest tiger of my life who was

JAY’s father I observed in my first visit to this sanctuary in May 2005. 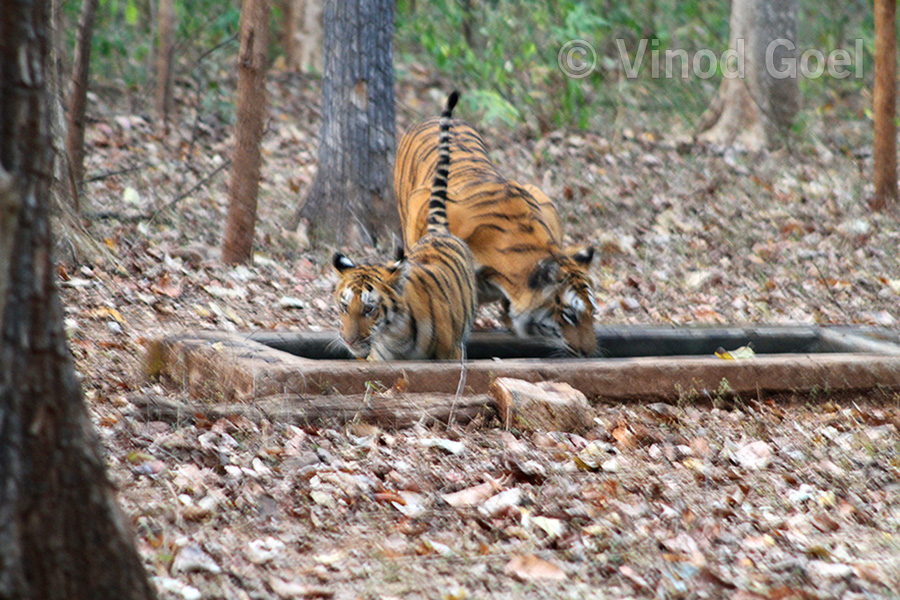 In one of the earlier visits we were fortunate to observe a Changeable Hawk Eagle cooling off in a water hole during a hot day during summer. This shot is on the walls of the WWF India Head Quarters at Lodhi Road ,New Delhi. 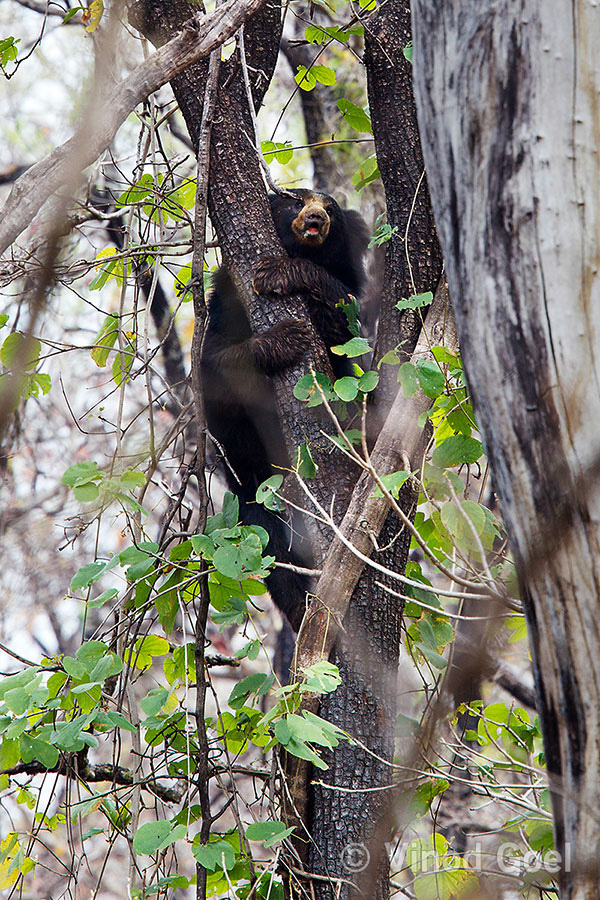 Many nature lovers may not be aware of the fact that there are only two tiger reserves in the country where Forest rest house are located in the core area and tourist can avail of the facility. Many hard core nature lovers know about Dhikala in Corbett National Park. But what about Nagzira. This is the second. It is the forest of my dreams. It has delivered many many first to me . 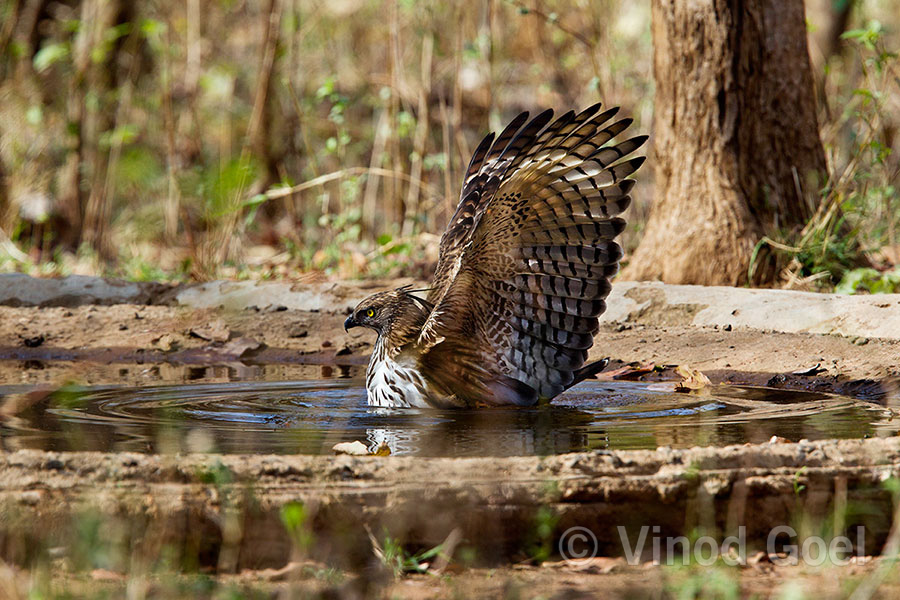 The Sanctuary Asia came out with a book namely “The Tadoba Inheritance “in the year 2015. One of my image from Nagzira Wildlife Sanctuary adorns the very first page of the Chapter 1 of the book. The langur monkey as sitting like a king on the anthill.

Please enjoy the wild experience through unique images taken over a period of almost initial 6 years into wildlife .