“Spectacled Cobra in Delhi—-Live or Dead

I happen to observe and shoot Spectacled Cobra snake in the heart of Delhi for the first time on 25th June 2013. Many people did not believe me but on seeing the image they agreed. 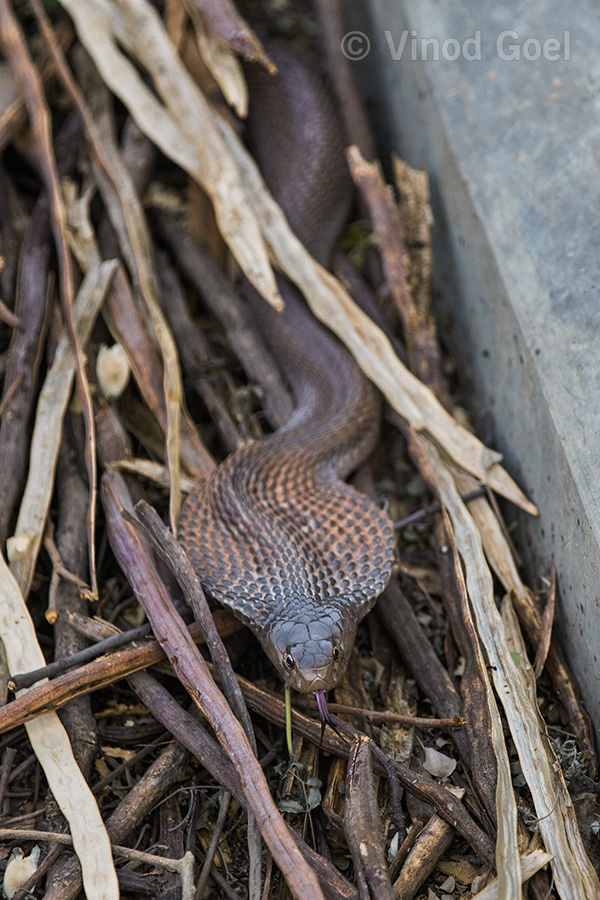 Once again on the Shivratri day on 25th July 2014 ,I again had darshan of the same in the early morning.

Last week I was in Rajaji National Park at Haridwar and many tourists except me observed a King Cobra feeding on a monitor lizard in the early morning of 8th June 2017. It was one of the rarest moment of natural history as King Cobra feeds mainly on snakes including cobra. That is why it is called King Cobra. 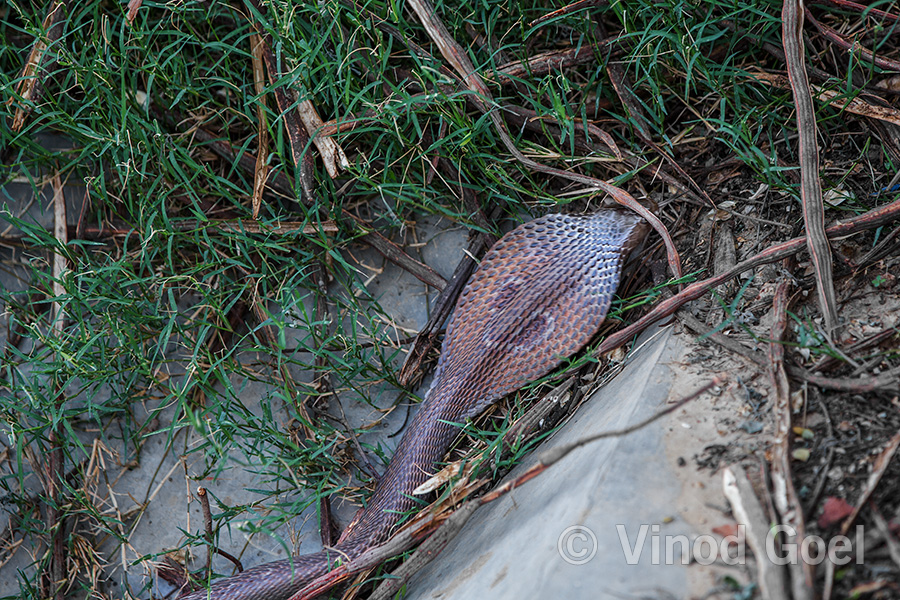 In the morning of 10th June 2017 at Delhi , on observing the movement of connon mynas hovering around a patch of grass , I could visualise the movement of some reptile in the undergrowth. After waiting for some time I was rewarded for my patience. I observed a Spectacled Cobra in Delhi and I could some pictures.

However exactly a week later on 17th June I initially observed a certain patch devoid of grass as the same was removed by workers . But later on, i was shocked to see a dead Spectacled Cobra on the road. Its condition revealed that it was cut into two pieces by a cutter. Inquiry from the daily wagers after about half an hour on their arrival on duty for the day revealed that the incidence took place at about 1500 hrs of the previous day as the snake was killed by the workers involved in cleaning the undergrowth from the ground . 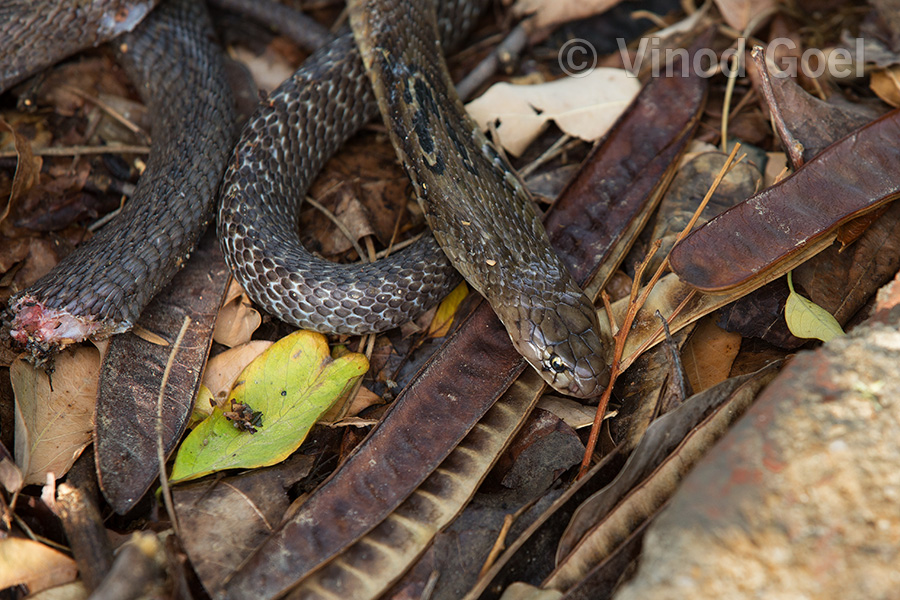 I took some shots of the dead snake. I found innocence in his eyes .
To me it appeared as if asking — Can someone tell my fault ?

Did I harm any body ? 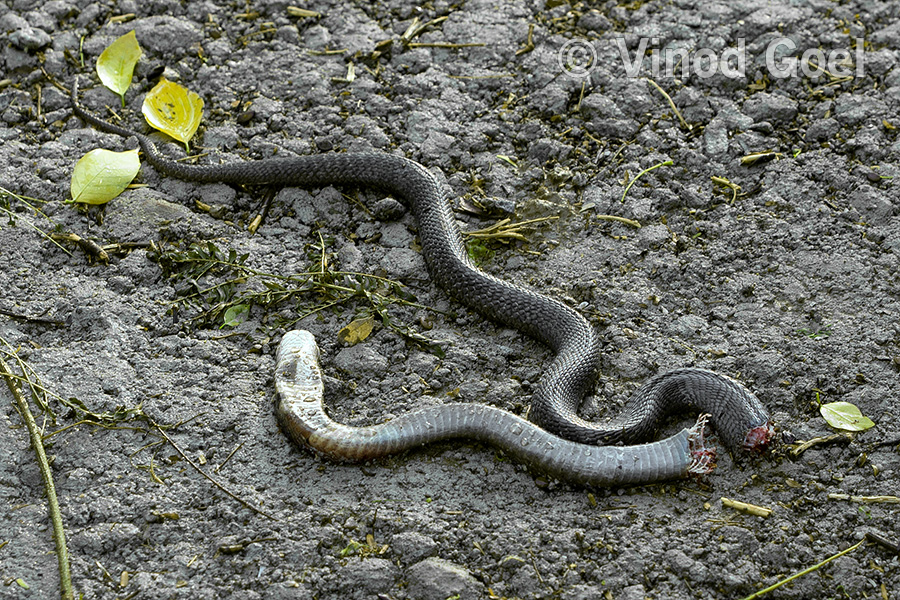 I was in my natural habitat and my home.

We are important in the food chain and should not be killed simply because people fear thinking all the snakes to be poisonous.
Please spare my community for God’s sake. We are your benefactors and not your enemies as we feed on other snakes , birds ,bird eggs ,frogs and mammals.”

Sh Vinod Goel is widely known in the wildlife community and his work has been acclaimed globally. In his free time he can be seen capturing the unusual moments of denizens of the wild in various parks and sanctuaries of India. His daughter Nitya Goel Aggarwal and son Bharat Goel are with him in his mission.

You can also visit his page on facebook
https://www.facebook.com/wildlifephotographyindia/